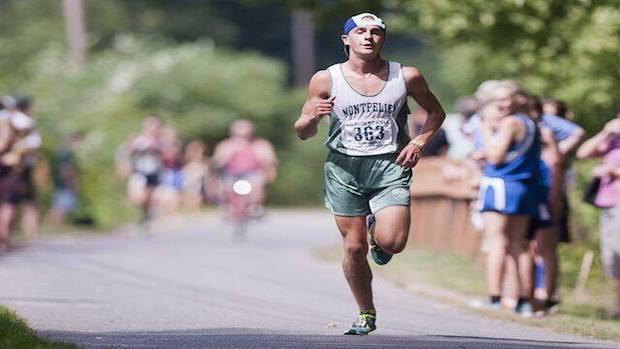 A little over six months ago, Jeremy Hoyne-Grosvenor hung up his spikes at the end of his junior outdoor track and field season.

"I had no hopes of going to any big meets," the Montpelier (VT) athlete said. "It was a tough year, and I didn't PR at all."

Funny how things change so quickly.

On Dec. 31, Hoyne-Grosvenor became the national indoor leader in the 3000m after a groundbreaking race at Boston University against a handful of college-level talent.

"That race was just perfect," said Hoyne-Grosvenor, who met the time qualifier for New Balance Nationals Indoor with the performance. "I didn't know I would run that fast, but I wanted to find a pack to go with and those guys were experienced and went out at a steady pace."

"It wasn't yo-yoing, and I tucked behind them and was able to cruise through 34 and 35 second laps," Hoyne-Grosvenor added. "I was able to pick it up and drop down."

Ultimately, it presented a stark transition from such a disappointing season.

But to understand how far Hoyne-Grosvenor had come, you had to go back six months, after he hung up the spikes.

The Vermont native picked up a job in the summer as a camp counselor and soon felt "exhausted" by the work he was doing. "I felt like there was something missing," he said.

Less than a month after feeling like his career was over, though, Hoyne-Grosvenor went back to work, doing much of his training alone.

"I had no coaching but myself," he said. "I was doing my own thing."

Perhaps it was that small crisis that drove him back to the sport.

By the fall, Hoyne-Grosvenor was running well again, hitting a career PR in the 5K at 15:46 during the Manchester Invitational in September.

By November, he earned a third-place nod at the Vermont cross country championships, finishing in a time of 17:14.70.

Without missing a beat, Hoyne-Grosvenor continued right into the winter season. Only this time he started hitting national times.

"I think people still don't really know who I am," he said. "I'm not sure too many people have noticed, but I guess they're starting to. We'll see."

Last weekend, the Montpelier student-athlete competed at the 48th annual Dartmouth Relays, finishing fourth overall in the 1-mile run in 4:24.77, good for U.S. #15. 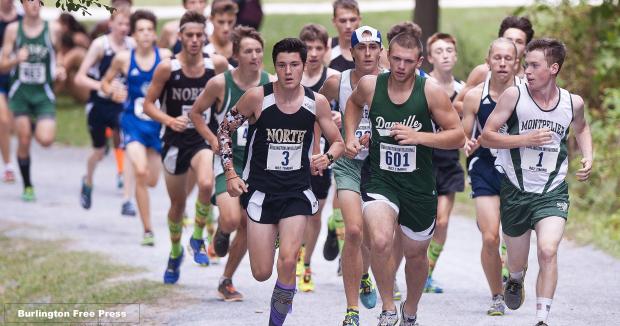 He was invited to run in the prestigious Yale Classic on Jan. 20-21, when he'll take another crack at the 3000m and then will follow with the Vermont and New England championships.

But something new is on Hoyne-Grosvenor's calendar now, too.

It's time for the senior to wipe away the disappointment of his junior season.

"I'm looking forward to that," he said. "I really want to race other guys and show everyone what I can do."

To connect with Milesplit Content Producer Cory Mull, follow him on Twitter @bycorymull. Have a story idea? We're all about those. Email him at cory.mull@flosports.tv. To have access to year-round stats, breaking news, stories and videos, register for Milesplit Vermont here.